Do You Love Me?

at December 30, 2020 No comments:
Email ThisBlogThis!Share to TwitterShare to FacebookShare to Pinterest

at September 13, 2020 No comments:
Email ThisBlogThis!Share to TwitterShare to FacebookShare to Pinterest

The smile behind the mask

at September 06, 2020 No comments:
Email ThisBlogThis!Share to TwitterShare to FacebookShare to Pinterest

Brad Paisley - No I in Beer (Official Video)

at August 04, 2020 No comments:
Email ThisBlogThis!Share to TwitterShare to FacebookShare to Pinterest

at July 22, 2020 No comments:
Email ThisBlogThis!Share to TwitterShare to FacebookShare to Pinterest

at July 06, 2020 No comments:
Email ThisBlogThis!Share to TwitterShare to FacebookShare to Pinterest

John Prine - "I Remember Everything"

at June 12, 2020 No comments:
Email ThisBlogThis!Share to TwitterShare to FacebookShare to Pinterest

at April 13, 2020 No comments:
Email ThisBlogThis!Share to TwitterShare to FacebookShare to Pinterest


I remember the first time I ever saw Pumpkin. He was a fuzzy orange ball curled up with his sisters and his mom, Queenie. Looking at the four gray tiger fuzzy balls, we knew exactly who daddy was. Our cat Tiger, who hovered over the box of cuteness looking quite proud of himself.

I was 4 years old at the time. We had gotten Tiger at the pound earlier in the year. I had wanted a cute little kitten, but Dad took one look at the long-haired gray tiger sitting up on a shelf without a care in the world and decided that was the cat for us.


A note, back in the day, pets you picked up from the pound were not edited before they left their care. So Tiger was an intact kitty.

Why do I say edited? Spay and neuter are so clinical and I HATE saying “we got the cat fixed.”There is no “fixing” about it, the cat was in perfect working order and THAT was the problem. So hence, the kitty got edited.

As I said, Tiger had not been edited and neither was the neighbor cat. At some point they managed to get together.

Tiger promptly went in and got edited, so he couldn’t be a father anymore.

I got to see the kittens and hold them as they grew up. I was in heaven with fuzzy kittens to snuggle.

I turned 5 that year and the one birthday present I remember is a bigger but still fuzzy ball of orange fur. I got my kitten.

Of course his name had to be Pumpkin. No other was worthy of my kitty, who I promptly dubbed my baby.

I’m not kidding, he did become my baby. I’d dress him up in baby clothes and push him in my little doll baby buggy around the neighborhood. Even into his later years I could tuck him in the doll bunk bed, and he would sleep under the covers all night.

But silly, no brain kitties they are, I loved them all. Pumpkin most especially.

I was only separated from Pumpkin once. My dad was stationed in Italy when I was 9 and the cats could not come with us.

I was heart broken. How was I going to deal with life without my Pumpkin.

Well, once we moved into our new home in Gaeta, a neighbor cat decided we were going to be her people and promptly moved in. Then had kittens. On my bed.

So for 14 months we had Rosa and her babies Athena and Apollo. We re-homed them when we moved back to the US.

Once we finally settled in Concord, CA, we brought Pumpkin and Tiger home. The reunion was joyous. Pumpkin remembered me.

He was still just as silly as he had been before we were separated. He would fall asleep on the window sill, roll over and not wake up until he hit the ground. The look on his face was priceless as he tried to figure out what happened.

He loved to snuggle up to me in bed, his front legs wrapped around my neck. He would nuzzle in and fall asleep purring.

Sometimes he liked going under the covers and sleep on my feet.

I discovered he could leap straight up into the air from a dead sleep. At that point he would turn 180 degrees and zoom out of the room without touching any surface.

That was when my hamster Poppy decided his fur would be perfect for her bedding and tried to harvest some.

The look on her little face was hysterical.

Pumpkin and I were together until I was 17. That was when he developed kitty leukemia, and he had to cross the Rainbow Bridge.

I was inconsolable. My baby kitty was gone. He left a very large hole in my heart that has never been quite filled again. I’ve had lots of kitties since then. I’ve loved them all, but Pumpkin was special.

Even now I wake up in the middle of the night to feel him with his front legs wrapped around my neck and feel him nuzzling me.

Our resident Tree Rat. I’ll probably regret it, but I’m adopting him into the family


It probably comes from living just outside of town for 15 years in a squirrel free area, but I am adopting a squirrel. The big open wheat fields and the resident Red-tail Hawks made it a wee bit difficult for squirrels to migrate there. So I was seriously squirrel deprived for far too long.

I probably shouldn’t assume the squirrel is male, could be a she. I am NOT going to get close enough to find out. So I will go with “he” for now. If he shows up with kids, then maybe switch to her, unless squirrel daddies help take care of the kids. Have to look into that.

One reason I am leaning to he is I’m thinking about naming the squirrel Wellington. This is due to my kitty Napoleon.

If you are currently confused about why, please google the names. I’ll wait for you LOL!

Napoleon is my youngest kitty and fascinated by anything that he can try and catch. I don’t know if Wellington is the same squirrel who was hanging out back last summer. If he is, I know he is perfectly capable of keeping out of Napoleon’s clutches.

We first noticed Wellington on the porch when I started putting the peanuts for the crows on the railing. I usually put them on the roof of the little shed, but winter weather and health make getting out there a pain.

I didn’t witness the incident, but the hubby says the squirrel was running up and down the post right outside the window. Napoleon was sleeping and woke up enough to get a glimpse. Apparently he was startled as he fell off the back of the chair. Since then he keeps an eye out to watch for Wellington to show up.

Napoleon is an indoor/outdoor kitty, tho during the winter months he’s mostly indoors. He HATES the snow and cold weather. I will see about putting the peanuts out for Wellington before bed or first thing in the morning before the cats are released from the durance vile of closed doors.

I will build a feeding station for Wellington. I was planning on one for the crows just off the porch opposite the window so we can watch from inside. I’ll come up with something challenging for him. I love watching squirrels try and get to food. He’s been checking out the bird feeders I have out now and would prefer to give him better alternatives. 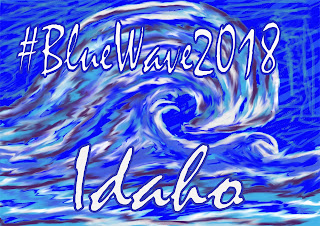 I have monetized my blogs with referral ads and banners. I do not receive any compensation from anyone for my reviews. All opinions are my own. 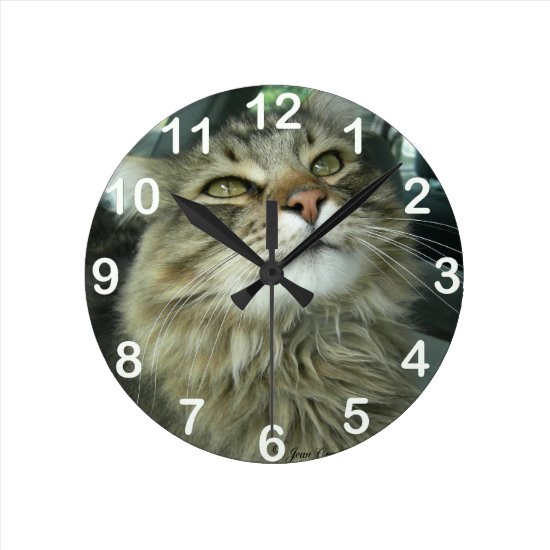 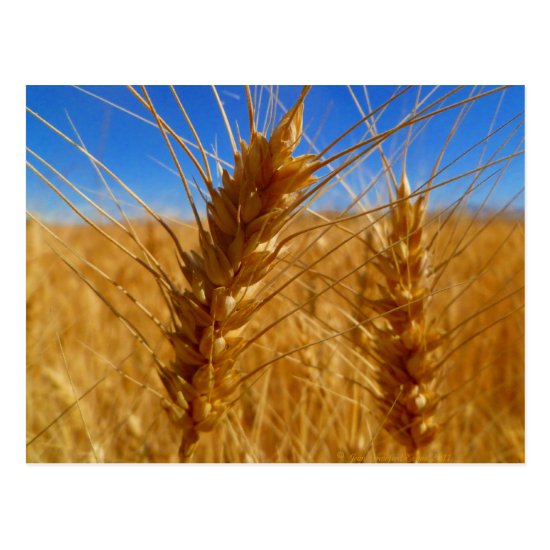 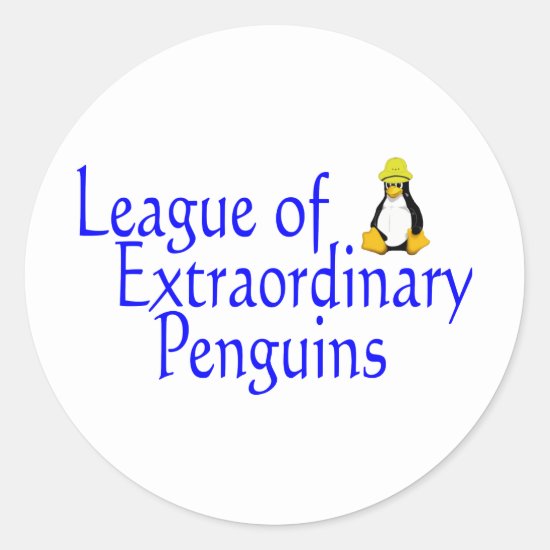 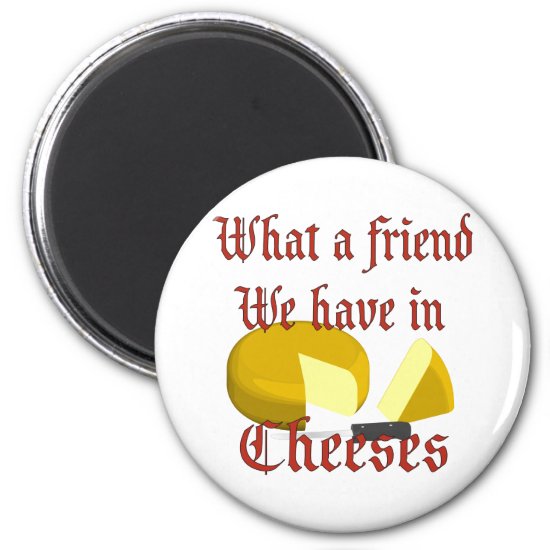 What a friend we have in Cheeses Magnet
Cheese nature's most perfect food. Proclaim your love and devotion for cheese for the whole world to see. 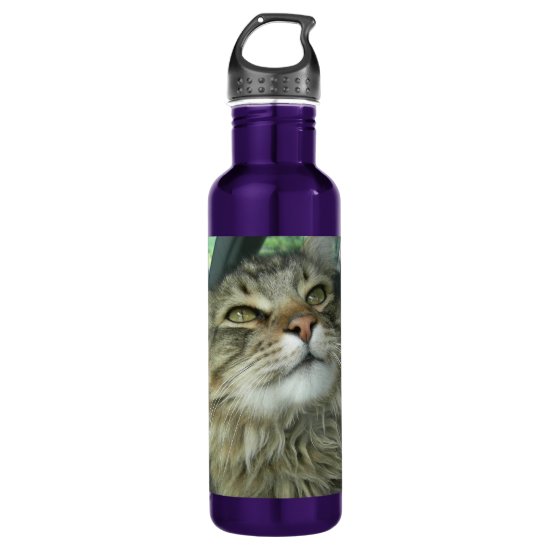 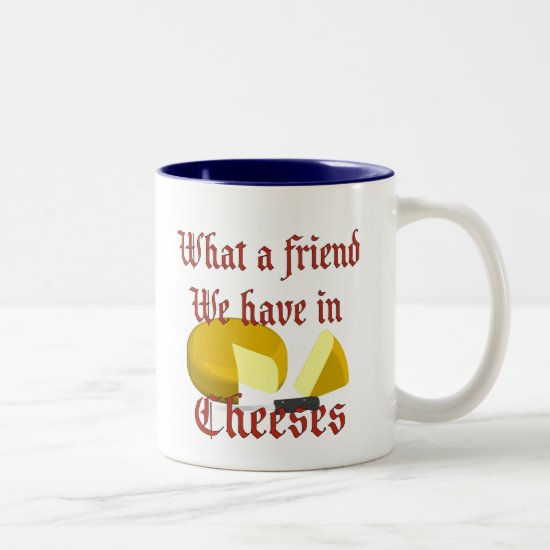 What a friend we have in Cheeses Two-Tone Coffee Mug
Cheese nature's most perfect food. Proclaim your love and devotion for cheese for the whole world to see. 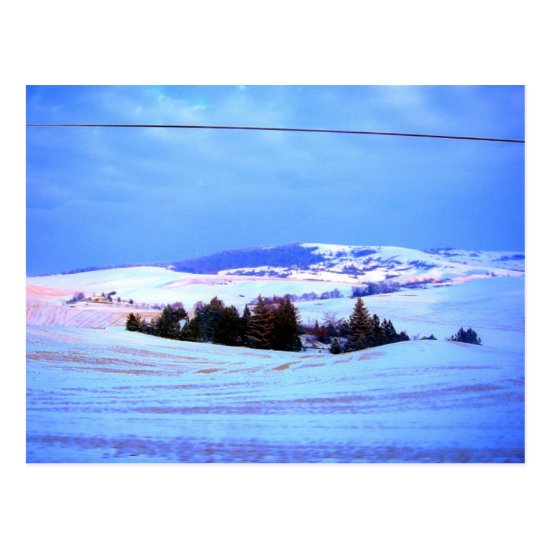 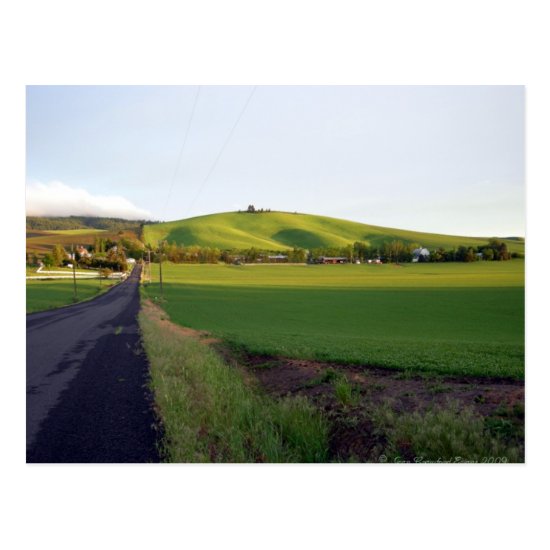 Road home postcard
Home lies at the end of a country road. 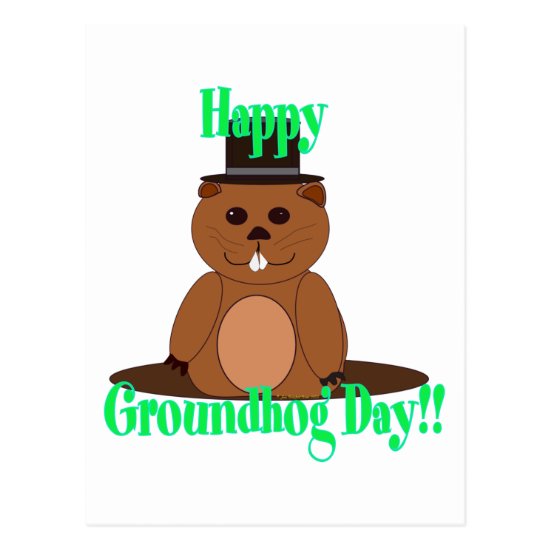 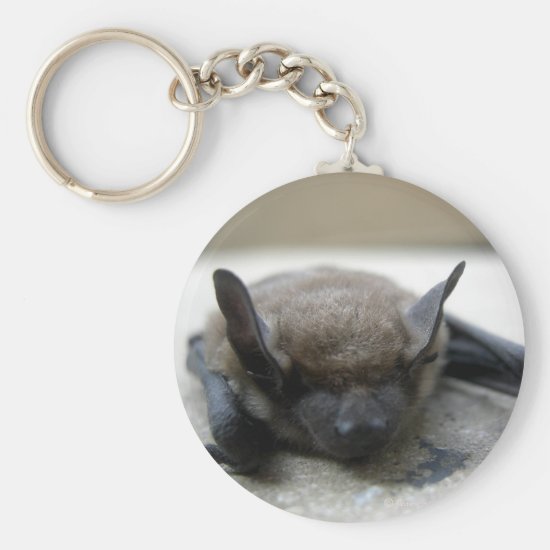 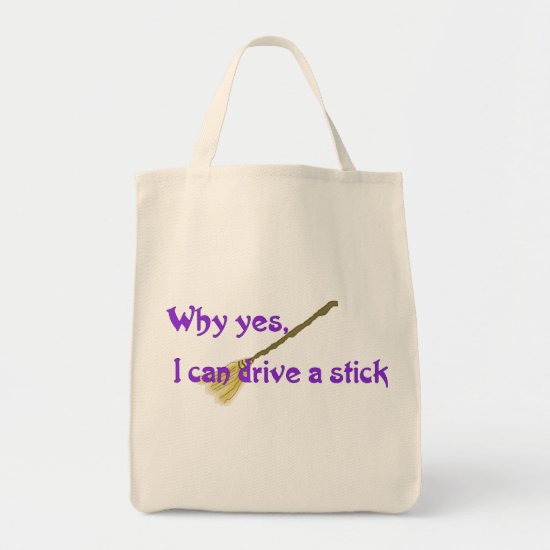 Why yes I can drive a stick Tote Bag
Stick or automatic? Stick of course esp when your other vehicle is a broom hehehehe! 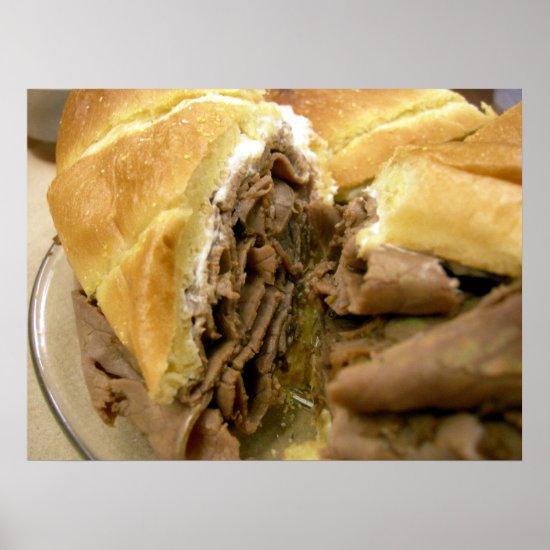 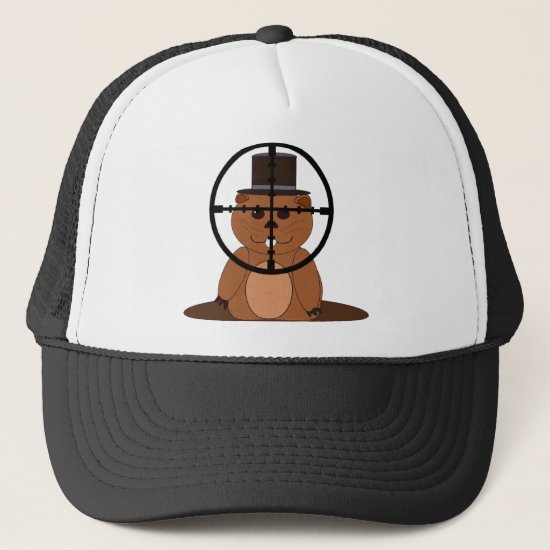 Why yes I can drive a stick Postcard
Stick or automatic? Stick of course esp when your other vehicle is a broom hehehehe!

Buy me a coffee?

Shift by Madison Dunn. $8.99 from Smashwords.com
I'm not sure why it happens, but when I focus just right, I can slow time. Things around me become lighter somehow, and I almost feel the tiny particles of energy spinning inside of them. The thing is, having the ability to transform the world around you isn't all it's cracked up to be -- especially when you are running from the Valencia without any deodorant.